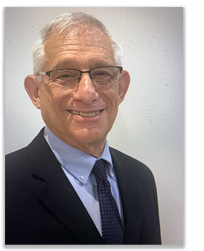 Rabbi Siegel began his career teaching speech and English in a Portland, Oregon public high school. He received a Bachelor of Science degree in education from the University of Minnesota, a Bachelor of Hebrew Literature degree from the University of Judaism in Los Angeles, and a Master of Arts degree in Judaica and rabbinical ordination from the Jewish Theological Seminary in New York. He was awarded a Doctor of Divinity by JTS.
Rabbi Siegel’s professional accomplishments include serving as a pulpit rabbi in Vancouver, British Columbia (Canada), Minneapolis, MN, and Houston, TX.

He was also the founding director of the Solomon Schechter Day School of St. Louis. In 2003, he founded the “Jewish Information Center of Houston,” an outreach program for unaffiliated Jews in Houston. He has staffed and directed Jewish summer camps. He served as a chaplain in the U.S. Navy. For the past 13 years, Rabbi Siegel has served as interim rabbi for congregations in Los Angeles, CA, San Antonio, TX, Tampa and Sarasota, FL, Charlotte, NC, and Merrick, NY. In August he will move to Westchester County to become the interim rabbi for the Jewish Community Center of Harrison, NY. He currently writes a weekly blog for the Houston Chronicle.

Rabbi Siegel is the proud parent of three children and has eight grandchildren.